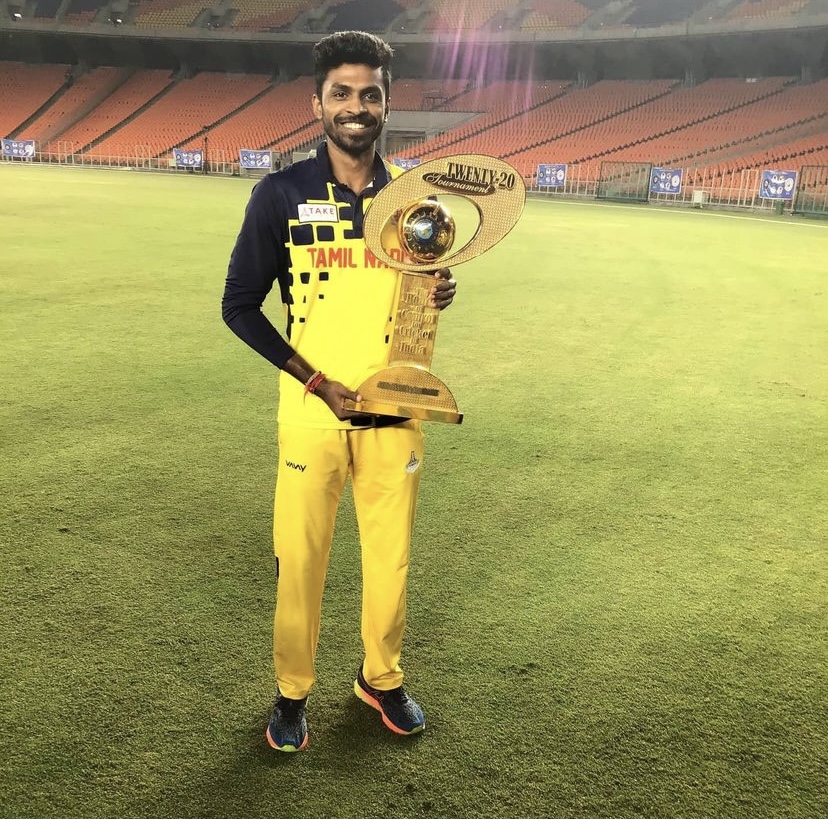 Welcoming our next player, Tamil Nadu's very own - RS Jaganath Sinivas. He made his Ranji Trophy debut in the 2019-20 season, and is currently a part of the Tamil Nadu set-up. Currently, he was a part of Tamil Nadu's squad for the ongoing Vijay Hazare Trophy. He has also featured in the Tamil Nadu Premier League (TNPL) where he has represented Lyca Kovai Kings and VB Thiruvallur Veerans. We welcome @jagan.sinivas to our roster!